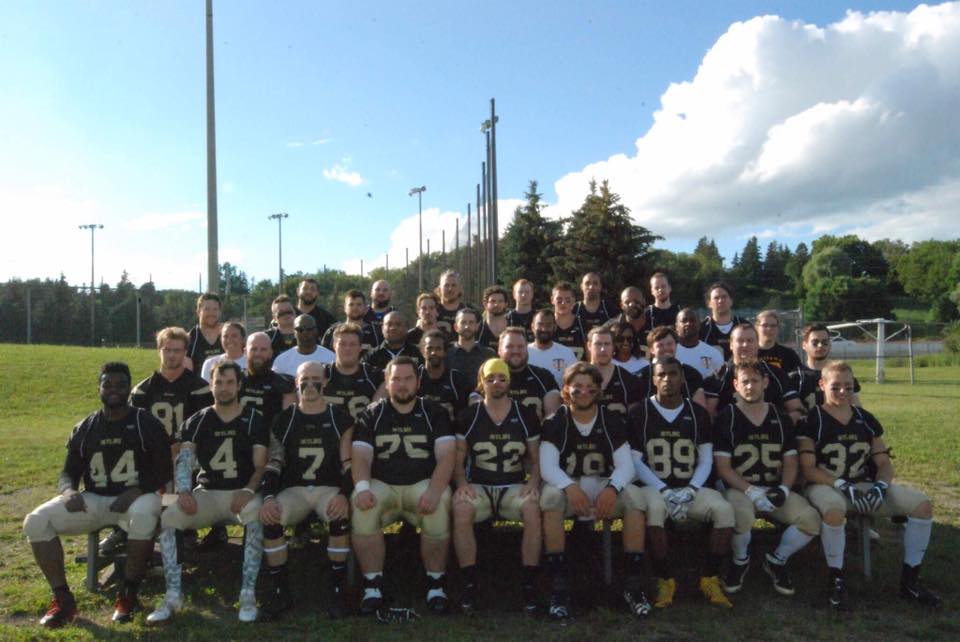 Oh, the Tri-City Outlaws had all-stars the last time the club made the Northern Football Conference championship six years back, but there was no attitude on the field.

“The whole atmosphere was that we just picked up our lunch pails and went to work,” said the team’s defensive co-ordinator and assistant coach.

Newsome, who coached that 2011 winning squad, sees similarities this time around as the Outlaws get set to return to the final against the GTA All-Stars Saturday at Brampton’s Chinguacousy Park at 6 p.m.

“It’s the same kind of attitude that we had back then,” he said. “We have stars but everyone is equal and there is a family environment.”

The Outlaws will need every advantage they can get if they plan to knock off the mighty All-Stars as the GTA bunch has yet to lose this season.

The team went 8-0 in regular season action, outscored opponents 307 to 41 and has added a pair of wins in the playoffs, including a 35-0 pasting of the Sarnia Imperials to reach the title game.

Tri-City is 8-2 so far and advanced to the championship thanks to a one-sided 42-23 semifinal victory against the Oakville Longhorns this past weekend at Rogers Field.

“It’s pretty huge,” said Newsome. “For some of our guys this is unchartered territory.”

The Outlaws were crowned NFC champs in 2005, 2008 and 2011. The last run saw the club add its only national title in franchise history after the lads beat the Calgary Wolfpack 31-14 in the Canadian Major Football League final.

That championship squad graduated most of its top players, and the team has been rebuilding ever since.

“For the most part there are only one or two guys that are still around from 2011 and know what it has been like,” said Newsome.

The Outlaws and All-Stars did not clash during the regular season, making scouting tough.

“It’s difficult because you don’t know what to expect,” said Newsome. “What I’ve heard is that they are very aggressive. The defence has been their driver all season long.”

But GTA is also in the dark.

And Newsome is hoping he can work that to the team’s advantage.

One thing is clear — the Outlaws are improving.

The second-place club has been getting stronger every game since dropping their final tilt of the regular season and has progressed through the playoffs relatively injury-free.

“We’re finally at the point where we have all the right bodies in at the right places and we can finally do the things we want offensively and defensively that we’ve been working on all season long.”