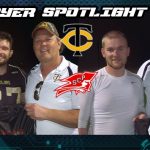 Saturday. August 6th 2016 the Tri-City Outlaws defeated the Steel City Patriots by a score of 29 – 18 and advanced to the NFC semi-finals. The Outlaws will travel to Sarnia next to Saturday, August the 13th to play the division leading Sarnia Imperials. The Outlaws had to come behind with the Patriots scoring first on a touchdown late in the first quarter.

With a 21-7 lead nearing the end of the first half the Outlaws seemed to be in complete control but a late 2nd quarter TD by the Patriots made for an exciting second half. A solid running game allowed the Outlaws to use up the clock in the second half but the outcome was in doubt up to the final minute.

Running back Josh Reason led the offence with 130 yards on 30 carries scoring 3 touchdowns on the night earning a playoff – player of the game award.

The Patriots quarterback Matt Beardwood earned his team’s player of the game; who finished the game with a respectable 21 completions in 35 pass attempts for 302 yards and 2 TDs 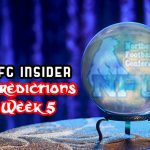 Oakville @ Hamilton
There is no love lost between these two programs. They simply don’t like each other. That’s probably a mild understatement. This will be an emotional contest with the winner taking home bragging rights for the year. Keep the discipline in check boys!!!
Prediction: Hamilton wins 28-24

GTA @ Sarnia
This is my pick for game of the week. The Imps have come a long way since that 96-1 loss to GTA in 2014. This is going to be a heated game with emotions running high on both teams. The more disciplined team will win this one and my pick is Sarnia in a squeaker.
Prediction: Sarnia wins 28-27

Tri City @ Sault
The Outlaws have the stronger all around team. They play the run very well and the Sault is a run heavy team. Still beating the Sault in the Sault is no easy task. This year I will pick the Outlaws to avenge the loss from last season.
Prediction: Tri City wins 21-20

Sudbury @ Ottawa
This game will be closer than anyone would imagine. If the Spartans offence continues where they left off last week- this may even be an upset. Ottawa needs to play a complete game on offence, defense and special teams to win this one.
Prediction: Ottawa wins 24-21