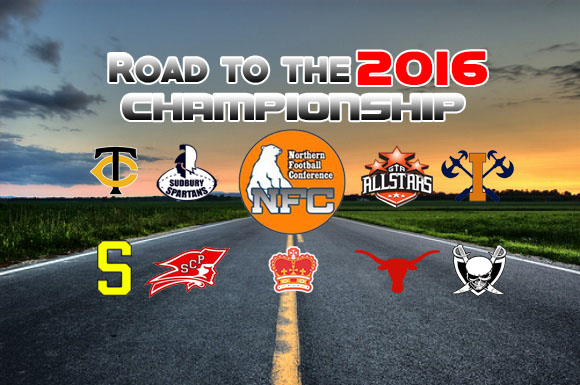 Our teams are gearing up, training hard, and preparing for the 2016 season. The rivalries rekindled, the excitement of the gridiron collisions, the thrill of unyielding teams looking to take home the “W” will highlight this season’s action. NFC fans, we are ready to bring you a new and exciting season.

The NFC teams are ready for the hunt for the 63rd Plaunte Memorial Trophy.

The team schedules are have been announced and can be found in the schedules link. We encourage fans to come out and cheer on your team as they battle for the NFC crown. Show your support to the players, coaches, and staff who continue to work hard to make the NFC the best league in Ontario.