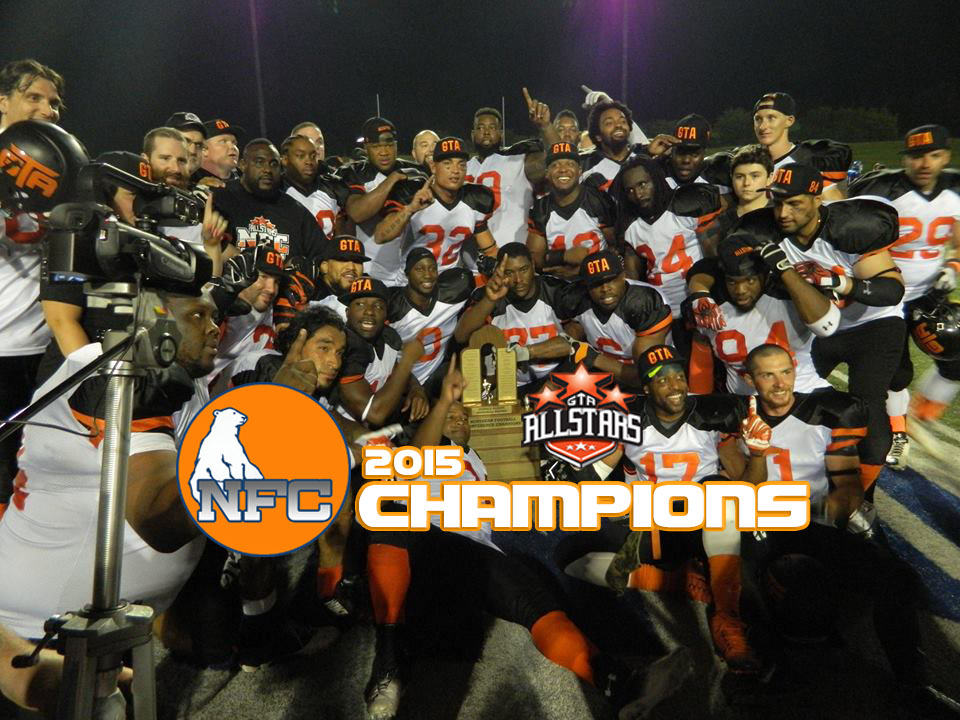 The G.T.A. All Stars have won the franchise’s second title outlasting the Ottawa Invaders 32-22 in Etobicoke on August 15th, 2015. Jahmeek Murray and Michael Livingston of G.T.A. were named as Game M.V.Ps. The All Stars will now host the Alberta Champion on Saturday September 26th. The Alberta playoffs start on August 22nd and will crown their representative on September 12th.