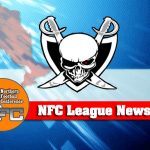 The Toronto Raiders have been granted a 1 year absence to rebuild their team. Team officials cite the reason “as a lack of commitment from their player base”.

With that announcement the NFC administration kicked into high gear and prepared a new schedule and reworked the divisions.

For now the league has shaken things up. The Steel City Patriots now move to the Eastern Division. The first week of games go on as intended but without the Toronto Raiders. 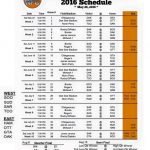